An overview of the packaging on the front of the Ferrari F1-75, including the steering assembly, brake master cylinders and some of the interior suspension components.

A look under the vanity panel on the F1-75’s nose reveals the interior body which sits on the second wing element, meaning that, if it so chooses, Ferrari could choose to alter its interaction between the nose and the front wing.

Mercedes executed an experimental floor with a significant cutout just aft of the underfloor fence section to help free up airflow and improve floor loading.

This view of this front cutout shows how it also intersects with the floor and the edge wing.

The W13’s front wing upper flap has been reduced to reduce load and balance it fore and aft with the lower downforce rear wing (you can see where the trailing edge has been reduced around of the Petronas sponsorship logo).

Alpine raced with a Kiel probe array attached to the front fender during FP1 as the team sought to gather airflow data as it passed the assembly to improve tool correlation and improve performance in future races.

Another angle showing where the Kiel probe array was mounted behind the front wing of the Alpine A522.

Red Bull has coated the surfaces of the brake calipers and brake disc shroud to help regulate temperatures more effectively.

For comparison, here is the previous unprocessed arrangement used on the RB18.

The steering wheel used by George Russell this season is similar in layout, at the rear, to what Lewis Hamilton has used for several years now, with a unique triangle-style clutch paddle layout that incorporates a finger grip to help to modulate the clutch.

The rear view of the Red Bull RB18 shows that the team will once again consider racing with only the lower of the two beam wing elements in Canada.

Aston Martin has a revised upper flap design for the rear wing this weekend, with the adjusted camber on the center section of the wing bringing it further forward relative to the outer section (red arrow).

This side view of the Aston Martin AMR22 rear wing gives an alternate perspective that might make it easier to understand the wing camber from a side projection.

McLaren have changed the position and length of the ground stay in Canada, having first run a stay at the Miami Grand Prix (the old mount position is arrowed).

A close up of the additional metal support that Mercedes has added to the center section of the car in Canada. This is permitted following the introduction of a new technical directive from the FIA ​​which allows a third support to be used on each side of the car to help reduce porpoising (teams were able to use one near the gearbox). gears for years and a second became allowed before the start of the season).

A close up of the Ferrari F1-75 rear wing assembly, which is a higher downforce setup than used in Baku.

From the side view we can see how Ferrari prepared and manufactured the wing so specs could be mixed and matched to keep costs down (see the closed lines just above the beam wing and the connecting straps between the two sections).

Haas opted for a conventional layout under its brake drum, with no enclosure surrounding the brake disc.

The front brake duct enclosure and inlet design of the Alfa Romeo C42, note how the top and bottom sections have cables to help prevent debris from building up around the inlet.

The internal layout of the Williams FW44 front brake duct has the disc surrounded, while an additional cover acts as a cowl.

The Aston Martin AMR22’s front brake caliper is front mounted in the 3 o’clock position and features openings in the cooling shroud to allow air to flow through the disc.

Moving to the rear of the AMR22, we are treated to a photo of the brake assembly without the drum attached, allowing us to see how it supplies cool air to the disc and caliper.

A close up of the Aston Martin AMR22 front wing endplate which clearly shows how different the chord length of each of the flaps is where they meet.

Under the covers of the AMR22 as the car is prepped for action, we can see the installation of the power unit.

Ferrari’s selection of spoon-shaped rear wings when prepping the car is its mid-downforce option.

A close-up of the Mercedes W13’s cockpit rim-mounted fin, which helps realign the airflow passing downstream.

The Williams FW44 got ready for the action and the wait on the stands. 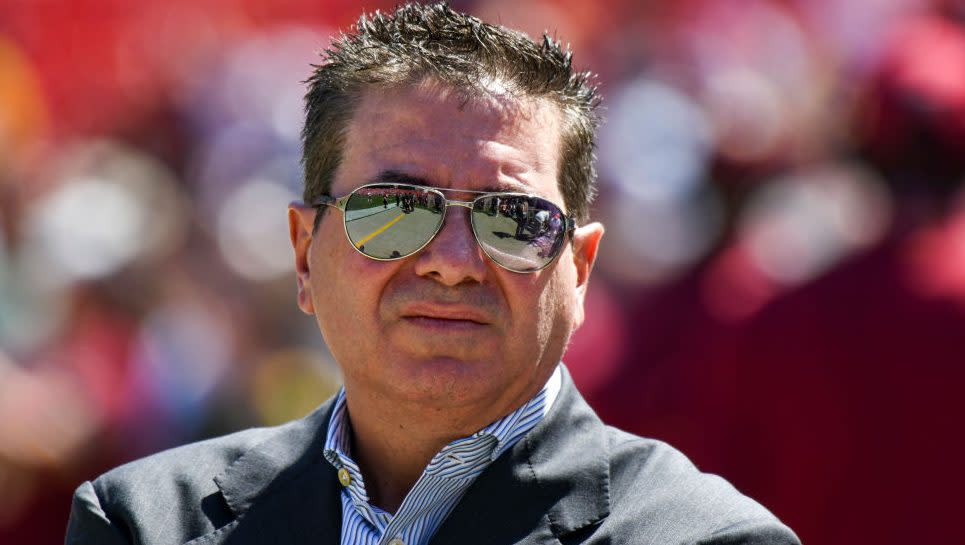